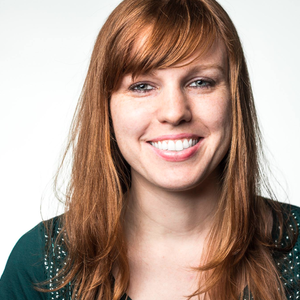 Ashley Melzer is an improviser, writer, photographer, and filmmaker based in Durham, NC. Born in North Florida, she received her Bachelors in Cinematic Arts from the University of Southern California and then a Masters in Folklore from UNC-Chapel Hill. Her work has been featured in Indy Week, Wondering Sound, Paste Magazine, eMusic, The Carrboro Citizen, and the Southern Foodways Alliance. From 2014-2016, she served Associate Producer of the NC Comedy Arts Festival and Associate Artistic Director at DSI Comedy. She's worked with Hopscotch, Moogfest, Groove Productions, Thornapple Films, Southern Cultures Journal, The Southern Oral History Program and more.

Ashley is a founding partner and stakeholder of Mettlesome. She directs Hush Hush, performs with Golden Age, and serves as executive producer of the Clarified Butter podcast. She also produced and wrote for the debut sketch show, Two Months In - An Original Sketch Comedy Revue.