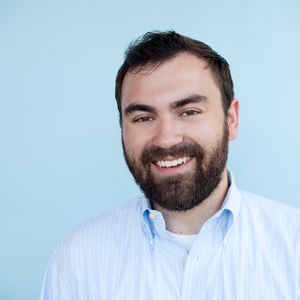 Dan DeSalva has been performing comedy since 2006. Starting as a stand-up, Dan performed throughout the New York metropolitan area, affiliated with the Kids ’N Comedy program at the Gotham Comedy Club in New York, as well as Treehouse Comedy Productions in Connecticut.

In 2009, Dan moved to Illinois to attend Northwestern University. Shortly after, Dan began his formal improv training at the iO Theater in Chicago. After completing the iO program, Dan enrolled in The Second City Conservatory. While at The Second City, Dan contributed written articles and assisted with video productions for The Second City Network. His independent group RAINSTICK was featured in the 2015 Chicago Improv Festival as one of Chicago's top emerging artists. RAINSTICK still performs throughout the United States at various comedy festivals.

In the summer of 2015, Dan moved to Chapel Hill where he joined DSI Comedy Theater. He was an ensemble member of Versus, the theater's hip-hop improv team, and coached the team from 2016-2017. At the theater, Dan taught at the comedy school as well as generated unique lesson plans separate from the established curriculum. In 2017, Dan was elected to the Chatham Arts Council, where he currently supports local artist through grants, events, and education. Dan remains active in the Triangle comedy community and continues to perform, teach, write, and coach.