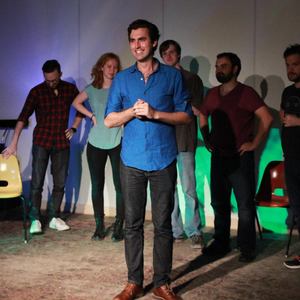 Jack Reitz is an actor, writer, and improvisor based Durham, NC. He has been studying improv since 2004, first with the DSI Comedy theater in Chapel Hill, NC, and then with the UCB Theater and The Magnet Theater in NYC.

Jack has appeared on stage in Durham, Chicago, and NYC and in various film work including spots for MTV. For the past five year he has toured nationally and internationally as part of Catharsis Productions' show "Sex Signals," which uses scripted and improvisational comedy to address issues of sexual assault in the military and on college campuses. He is currently the host of Our State Magazine's Secrets of the Triad Series.

Jack Reitz is a founding stakeholder of Mettlesome and recently directed Two Months In and Bump In The Night, two original sketch comedy revue. He directs the show Golden Age and can be seen performing with Hush Hush.