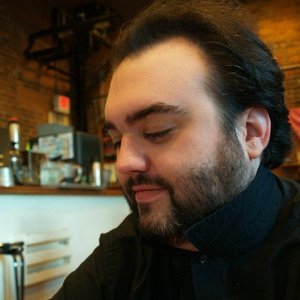 PT Scarborough is a Chapel Hill native with over 13 years of improv experience. He began way back when in High School and was one of the first members of Dirty South Improv and continued with the theater until leaving in 2015. PT is an avid writer of sketch and short stories and loves sharing a good conversation over some good wings. He's been apart of countless improv teams over the years and has performed the Harold on many others.

In 2006 with the help of Ethan Kaye, Ted Hobgood and Kit FitzSimons, PT developed and began performing in his one man show PT Scarborough is a Movie. He's taken the show all over the triangle and has performed at the Cat's Cradle and Arts Center on more than one occasion.

Currently PT performs with Vinny Valdivia on Fantastic Beast, a two man team since 2011 and Golden Age! PT is always up for coaching young or old teams and loves to meet new performers and others who love to laugh.

When not performing PT is editing his own and others content for his YouTube channel, Red Bird Comedy. Check it out, some funny stuff there.